Because this state has a tropical climate and gets a lot of sunshine throughout the year, यो राज्यको nickname “Sunshine” state rahana gayeko हो । यहाँका राज्यपालको नाम Ron De Santis हो ।  उनी Republican पार्टीलाई प्रतिनिधित्व गर्दछन । यहाँको  सबैभन्दा ठूलो सहर Jacksonville हो । Jacksonville is the largest city in the United States in terms of area. The State motto of Florida is “In God We Trust”. The State bird is the Mockingbird and the State flower is the Orange Blossom.

Florida’s diverse population, delectable food, many theme parks, and beaches are the main attractions. It is chiefly known for one of the most famous amusement parks, the Disney World theme park, which is located in Orlando, Florida. It attracts the most visitors than any other amusement park in the United States.  Florida has the most golf courses and is the flattest of any state in America. The world’s most famous beach, Daytona Beach, is also in this state.

Florida also has orange crops, winter vegetables, the Kennedy Space Center, beautiful beaches,   and is a popular destination for retirees. This state is known as the boating and fishing capital of the world. It has more than 7, 700 lakes, 11,000 miles of rivers, 2276 miles of tidal shoreline and has produced more than 900 world fishing records, more than any other state or country.  Florida has more than 700 freshwater springs. Due to the many water bodies that are scattered across the state, there is a large population of crocodiles and alligators that can be found in this state. In fact, the Florida Everglades is the only place on the planet where crocodiles and alligators live together.

Florida has become quite popular for the Nepalese population in the United States, mostly in recent years. Be it the tropical climate, the fun and laid-back lifestyle, the beautiful coastal living, or the cheap real estate, this state has plenty to offer. There are many universities that attract Nepalese students who come here for education and decide to stay back forever. The popular cities of Miami, Orlando, and Jacksonville also have plenty of exciting job opportunities for our Nepalese community members to live in this beautiful state.

Florida has a mix of people who have lived here for a long time and others who are fairly new and have likely moved here for jobs and housing opportunities. Because of that, there are many long and well-established Nepalese organizations in this state. Some cities that are more popular with the Nepalese population are Miami, Jacksonville, West Palm Beach, and Orlando.

Dr. Chooda Mani Khanal, originally from Urlabari, Morang, came to the United States in the Spring of 2003 as a graduate associate at California State University, Long Beach, California. He completed his Master’s Degree in Physics in 2005 and moved to Miami, Florida. Later, he completed his Ph.D. in Electrical Engineering from Florida International University.

Dr. Khanal is a social worker and has been involved in community service for a long time. He participated and became a member of ANA in Denver convention (2003), volunteered in ANA convention Los Angeles and Phoenix before moving to Miami, Florida in 2005. Since then he has been involved in Nepalese Community and organizations at various capacities.

He served as an Election Chair of INLS Election 2020. Currently, he is serving as an adviser (Immediate Past President) of the Nepalese Association of Florida (NAF). He was the founding president of the Nepalese Student Association at Florida International University in 2008. He served as the president of the International Nepali Literary Society, Florida Chapter (2013-2015), Editor in Chief of Sagar. He has been involved in NASeA since 2011. He served as an editor of Shangrila- a quarterly publication of NASeA, and Chief Editor of Yeti Viewpoints- an annual publication of NASeA/ANMA joint convention 2019. He served as chief editor of VOICE (2011-2013), a quarterly publication of FANS and quarterly newsletter of FNA in (2008-2010).  He was Chief Editor of the latest issue of Punarjeevan, a publication of Blood Donors of America. Dr. Khanal is a Life Member of many organizations of Nepali origin like ANA, NASeA, INLS, BDA, ANPA to name a few.

Dr. Khanal was awarded an Outstanding Social Leader during ANMA/NASeA joint convention 2012. He established Kritagya Trust to support the needy kids for their schooling in Urlabari, Nepal, and also Kritagya Scholarship for PadmaDal Memorial Foundation. Dr. Khanal was recognized as a Gallon Blood Donor before he was diagnosed with a rare disease called Pulmonary Hypertension (PH). He founded Pulmonary Hypertension Association Nepal (PHA-Nepal), a 501c3 charitable organization to help the people affected by PH by hosting awareness programs, free health camps, and summits for medical professionals. Dr. Khanal has been serving the Nepalese community at various capacities directly indirectly with various Nepalese Organizations here in the United States and beyond.

In summary, Florida is a beautiful state that is bound to draw many more Nepalese people in the coming years. The growing amount of jobs, the stunning beaches, lively city life, respectable universities, affordable real estate, and the growing Nepalese population is likely to invite more of us into this shining state. 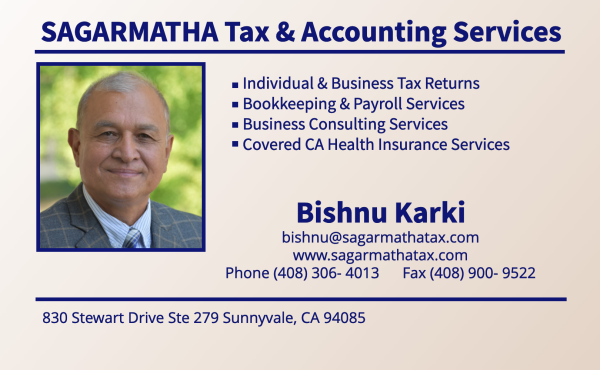